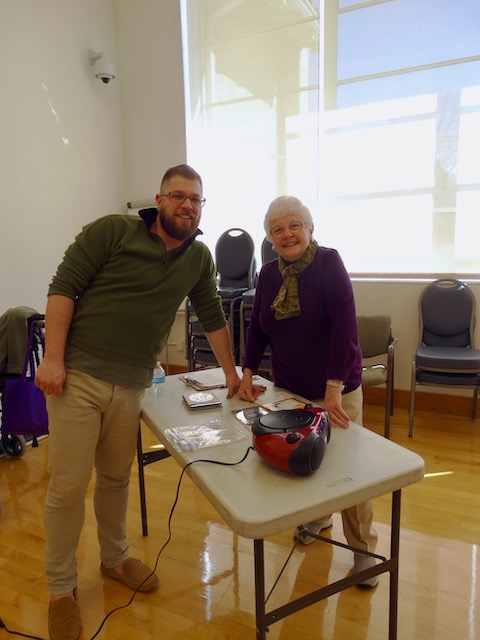 Barbara Lewis is a third generation Californian and only child born in 1937 to loving parents. Art, teaching, and creativity have been constants in her life providing a spark that has carried her from coast to coast and in between.Â  In 1963, Barbara traveled with her 3 year old son to New England, where she made her home for the next 50 years.Â  This journey was Barbara’s effort to break from the familiar and discover the unfamiliar, a creative process called abstraction that, even today at 86, she is still discovering and using in her life.

Barbara planned to be a vocal artist after graduating from Mills College in 1956; however, her plans changed in 1958 when she was asked to return as the Music Director for her high school alma mater. Suddenly teaching became her passion and she has continued to teach to this day. Her passion for teaching and for music and art education lead her to do many outstanding things over the years, including: developing a series of 30 weekly programs through Vermont Educational TV called, “Music Tells A Story” for use in Vermont schools that did not have music programs; receiving a Masters in Music Education in 1973; attending the Lincoln Center Arts In Education program in New York; teaching and serving the Greenwich Public Schools for 21 years where, in partnership with the Greenwich Symphony Board, she started a series of Youth Concerts for 2nd -8th grade students in public, private, and parochial schools in the district. In 2006, Barbara returned to celebrate the 25th anniversary of those concerts, still flourishing, today.

Barbara retired from teaching in the public schools in 1990 but continued to make music, teaching, and art a huge part of her life. Moving to South Jordan, UT to be near her son and family, she started volunteering at Sagewood at Daybreak, a senior living facility, in 2015. After connecting with RDT through David Pace, RDT’s Development Director at the time, she proposed an idea to start a creative movement class at Sagewood. With RDT’s support, Nicholas Cendese and Barbara started to develop the Music In Motion program, which they have been teaching at Sagewood for nearly 3 years. Barbara is so grateful to RDT for giving her the opportunity, so late in life, to again share the excitement of discovery that only creativity and the arts can provide.