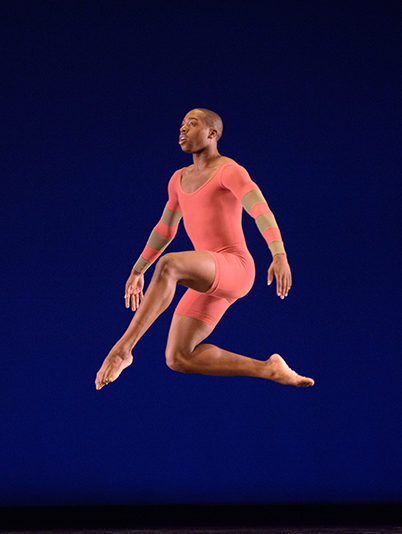 Justin Bass is from East Cleveland, Ohio and attended Kent State University and majored in Dance Education in 2009. In 2011 he transferred to SUNY Brockport and graduated in 2013 with his BFA in Dance. During his time at SUNY Brockport he was a touring and performing intern with Garth Fagan Dance. Justin was a former RDT dancer for five seasons (2013-2018). Justin presented his choreography in RDT’s EMERGE, and developed three evening-length concerts of his works. In 2020, Justin won RDT’s Regalia choreographic competition and created RESET which premiered Oct 2020 in RDT’s DOUBLE TAKE concert. As of 2021, he resides in Brooklyn, NY where he is continuing his choreography, teaching at 92nd Street Y and working for The Wallace Foundation.