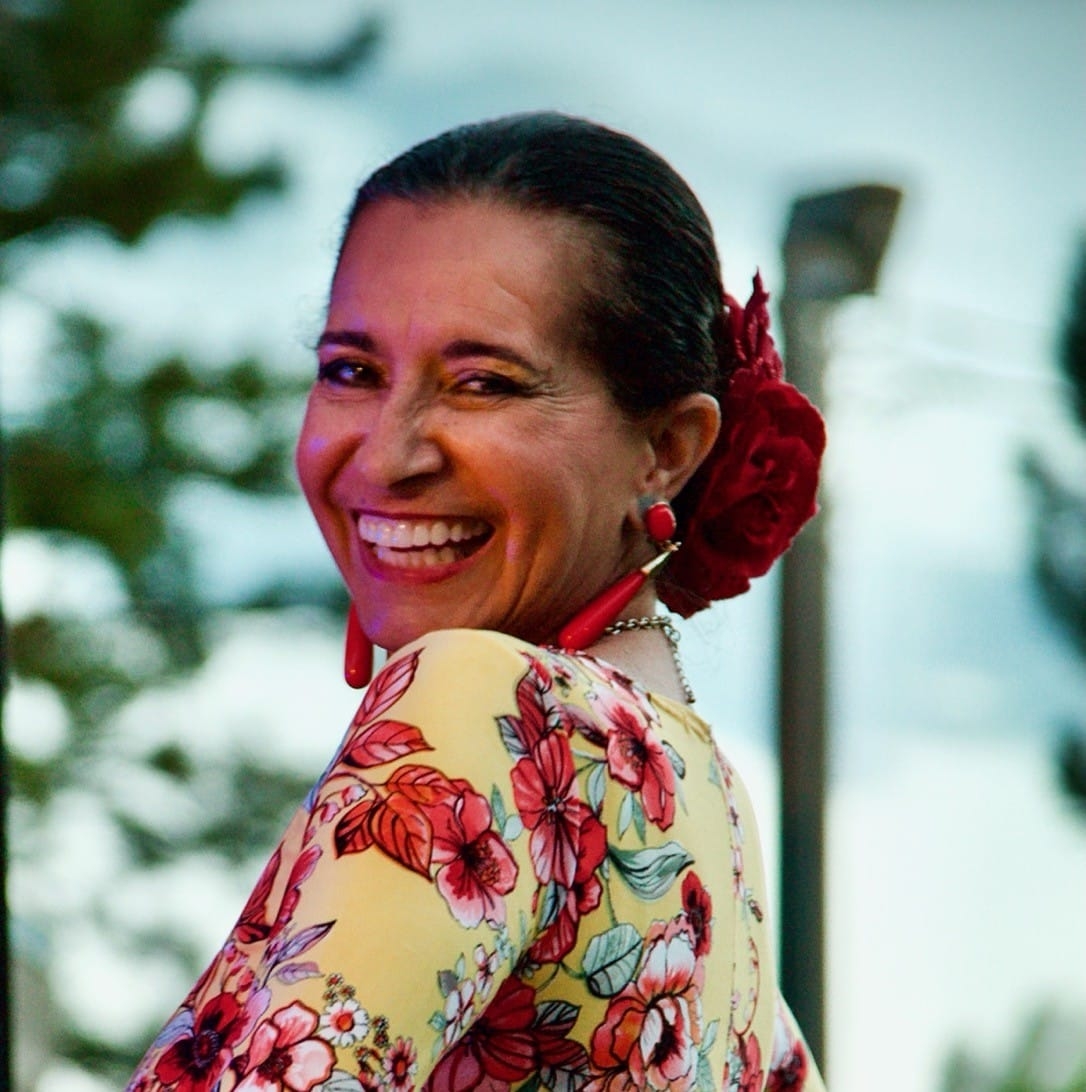 Directing and choreographing for Pasion Flamenca since 1998 and Tablado Dance Company since 2001 (co-founded with James Moreno) where now she is the artistic director, choreographer and principle dancer, Solange Gomes inspires audiences with artistic excellence.

Born in Sao Paulo (Brazil), Solange Gomes received her fine arts training to become a dancer, musician and instructor. She attended the Royal Ballet Academy as a child and then went on to study several other dance techniques such as modern, contemporary, jazz, ballroom, and Brazilian folkloric traditions. In addition to her dancing, Solange is a musician having received a degree in Music (piano) and also in Physical Education. Her extensive experience as a teacher comes from the fact that she owned and directed the Espaco Vivo Music School (1983-1991) and Piano Studio Arts Center (1991-1997).

In Brasilia, performed for the Projeto Plateia (supported by the Ministry of Culture), studied some theatre and participated in a professional production Arena Canta Zumbi. Solange started her studies in Flamenco with Sonia Castrioto – RJ /Brazil in 1986, then continued with Christiane Boulhosa y Alban and Ila Vita in Salvador,BA/Brazil where from 1994 until 1997 she danced for the Alma Flamenca Dance Group working with them as a dancer and also an assistant choreographer. During the same time she created the Grupo Fala – a performing group where the artists sing, dance and act.

After moving to Utah/USA in 1997, Solange has being dedicating to her dancing, teaching and choreography skills not only by bringing flamenco artists to town for several dance and guitar workshops but also participating in flamenco festivals and workshops throughout the country. She has trained her flamenco dancing with many of the great Spanish masters including Eva Encinias, La Meira, Omayra Amaya, Alejandro Granados, Olga Pericet, Pedro Blazquez, Adriana Maresma, Adair Landborn, Rafael del Pino Moreno (El Keko), and many others, especially in flamenco festivals and workshops taken throughout these years dedicated to the study of the flamenco art. She has started cante flamenco with Vicente Griego and currently is being trained by Curro Cueto.

As a singer, in 2012 Solange had the opportunity to join Os Corvos – a Brazilian music ensemble – as a vocalist, and that musical gig connected her to Samba Fogo Music and Dance a year later, where she currently serves as a lead vocalist. Recently was invited to collaborate with guitarist Eric McKenna Spreng on his most recent album ‘Dry Spell’ with some vocal parts.

Solange was an adjunct teacher at Weber State University – Performing Arts Department from 2004 to 2011; and has been working as guest teacher in many institutions such as SLCC (Salt Lake Community College), Westminster College, UVU (Utah State University), several ballet schools in Utah, Idaho and California; and as an Associate instructor at the University of Utah School of Dance.  Since 2019 Solange is a member of the International Dance Council CID at UNESCO, Paris. (Nominated by Ms. Kate Tsubata).

A powerful and passionate performer, Solange is dedicated to sharing her enthusiastic devotion to flamenco with audiences, community and students with a commitment to preserve promote and teach traditional flamenco and also to develop new and original ideas in her own innovative style that is strongly influenced by her Brazilian heritage.