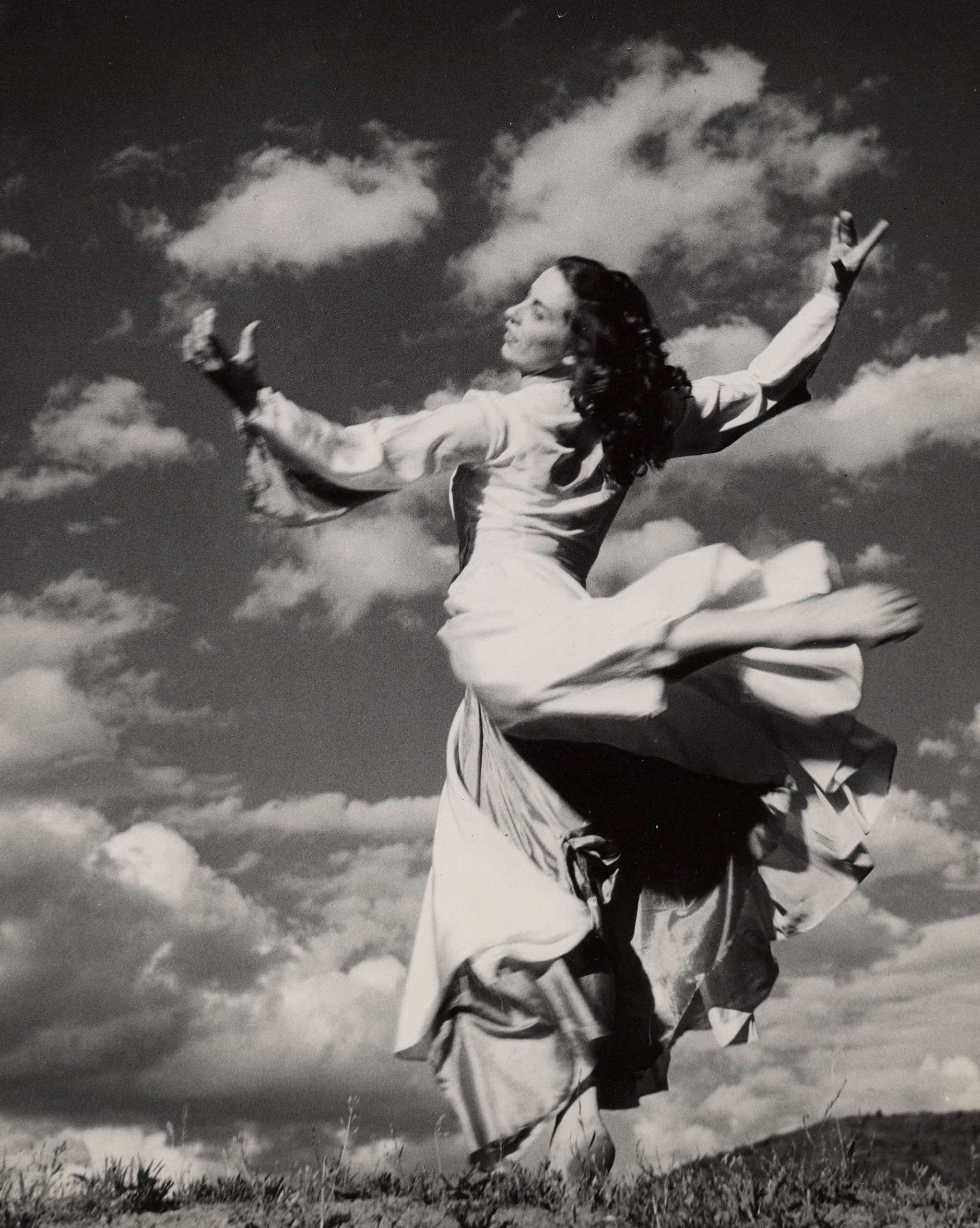 As a child growing up in Salt Lake City, Virginia Tanner loved music and movement, but the formal structure of ballet inhibited her. With her father’s encouragement she danced freestyle—wearing black bloomers made by her mother—on the lawn outside the family home. The freedom to explore a child’s love of movement and fantasy was followed by intensive training. This background, plus an exceptional ability to communicate the joy of dance, made her the most celebrated teacher of children’s dance of her time.

A daughter of Henry S. and Clarice Thatcher Tanner, Virginia was born on April 25, 1915, in Salt Lake City. She graduated from West High School and the University of Utah and also studied dance with a number of famous teachers, including Doris Humphrey of the Humphrey-Weidman School of Dance in New York.

Her interest in choreography and teaching developed early. During her school days she composed works that were performed at West High. While still a dance student in New York, she taught some of Doris Humphrey’s classes at Temple University and Bryn Mawr when the Humphrey-Weidman company was on tour. Virginia remembered spending as little as 25 cents a day for food in New York while studying and teaching, an amount that allowed her to buy a bowl of oatmeal, an apple, and two carrots.

During the 1940s Miss Virginia, as her students called her, directed the dance department of the McCune School of Music and Art in Salt Lake City. Then in 1949 she organized the Children’s Dance Theatre (CDT), which became permanently affiliated with the University of Utah. The CDT presented its first formal concert at Kingsbury Hall on the U. campus. Doris Humphrey, who was in the audience, impressed by what she had seen, worked to secure invitations for the CDT to perform in the East. In 1953 the children danced at the Jacob’s Pillow Dance Theatre in Massachusetts, the American Dance Festival in Connecticut, and New York University’s summer camp in upstate New York. Famous dancers and dance critics applauded the CDT, and Tanner and her students were featured in Life, Newsweek, and Dance magazines and on national TV.
In 1950 Tanner married Robert Bruce Bennett, and they became the parents of two children, Meriam (Ginger) Bennett Zaccardi and Steven C. Bennett. Interviewed by Salt Lake Tribune reporter Helen Forsberg in 1978, Virginia noted that her husband “gave up his career and has devoted. . . his life to me and my career.”

Virginia Tanner conducted workshops and lectured extensively on children’s dance, and the CDT presented numerous exhibitions for teachers, students, and the general public. A performance highlight for the CDT came in 1962 when 35 of Tanner’s students, ages 8 to 18, presented five concerts at the Seattle World’s Fair. By the mid-1960s the CDT enrollment totaled more than 600 students in 60 classes.

During her long association with the University of Utah, Tanner helped to form the Repertory Dance Theatre (RDT), a major modern dance company in the state, and her efforts also resulted in several Rockefeller Foundation grants to the university’s dance department, the first ever awarded to a college dance program.

In 1970 the CDT performed in Washington, D.C., for the White House Conference on Children. That same year, Tanner responded to a call from the National Endowment for the Arts to direct a pilot program for children’s dance. This NEA-funded project consisted of four-week seminars in school districts in five states: Pennsylvania, Alabama, Ohio, Oregon, and California. John Kerr, NEA director of education, called Tanner the nation’s “outstanding children’s dance teacher,” noting that “she combines the techniques and training of the professional dancer with a marvelous and rare understanding of how to teach and inspire children.”

Virginia Tanner died on May 20, 1979, following a long illness. Her work with children lives on in the Virginia Tanner Creative Dance Program at the University of Utah, which reaches hundreds of students from as young as two and a half years of age (accompanied by a parent) to age 18 using methods pioneered by the program’s founder in 1949.