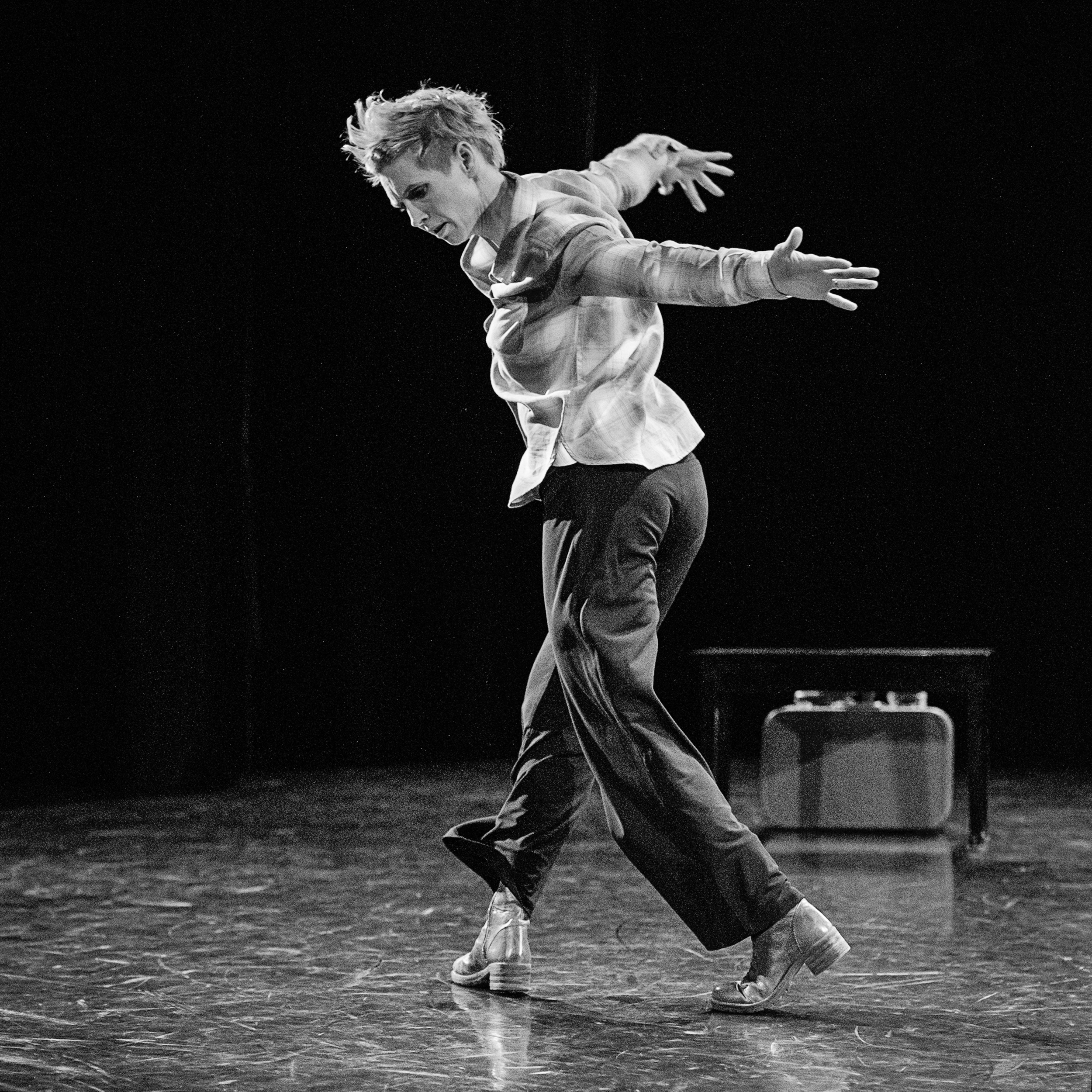 Douglas Dunn (born October 19, 1942) is an American postmodernist dancer and choreographer. He is considered a highly eclectic and minimalist postmodern choreographer, who uses humor, props, and text in his dances.

Douglas Dunn started dancing in college in 1962, studying under Audree Estey, Maggie Sinclair, and Roland Guerard at the Princeton Ballet Society. In 1963 he attended the Jacob’s Pillow Dance Festival where he studied under Margaret Jenkins, Ted Shawn, Matteo, Margaret Craske, La Meri, and Gus Solomons, Jr. Dunn received his B.A in 1964 in Art History from Princeton University in New Jersey. After college he continued his studies at the Martha Graham summer program in 1963 and 1964, the Joffrey Ballet School from 1964-1965 and the Margaret Jenkins Studio. Dunn moved to New York in 1968 where he started training at the American Ballet Center with Francoise Martinez and at the Merce Cunningham School.

In New York, Dunn began working with Yvonne Rainer and was a dancer with her company from 1968-1970. After completion of his studies with the Merce Cunningham studio, he was accepted into their professional company as a dancer from 1969-1973. In 1970 he became a member of the avant-garde improvisational group the The Grand Union until 1976.