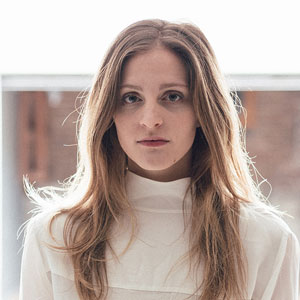 Rebecca Aneloski is a performing artist and freelance choreographer based in Salt Lake City, Utah. Originally from Colorado, Rebecca pursued her BA in dance while attending Colorado Mesa University. In 2013, she transferred to Friends University for a BFA in Ballet, training with Stan Rogers, Sharon Rogers and performing in works by Dominic Walsh and Stan Rogers. Graduating with her B.F.A in Ballet from Friends University, Rebecca moved to Boise, Idaho where she joined Idaho Dance Theater as an apprentice for their 2013-2014 season. During her time working with Co-Artistic Directors Marla Hansen and Carl Rowe, she danced in over 14 works of company repertory. In the Summer of 2014, Rebecca was honored through scholarship to attend the University of Utah as an MFA Modern Dance Candidate. She served as a Graduate Teaching Fellow while at university and performed for artists Eric Handman, Ching I Chang, Michael Crotty, and Katie Scherman.

While completing her masters, Rebecca’s work “How Dare We (Ever Be) All” was nominated for the Gala Concert at the American College Dance Association’s Northwest Regional Conference in 2017. In addition, she was commissioned an artist residency by Wasatch Contemporary Dance Company and upon graduation received the L. Scott Marsh Mentorship Award from the School of Dance. In the Summer, she attended Northwest Dance Project’s LAUNCH, working with artists Wen Wei Wong, Lucas Crandall, Olivier Wevers, as well as performing in works by Alysa Pires and Alice Klock. In the Fall, Rebecca graduated with her MFA in Modern Dance from the University of Utah and joined SALT Contemporary Dance for their 17-2018 season, there she performed in original works by Gustavo Ramirez Sansano, Banning Bouldin, Brendan Duggan, Eric Handman, and Joni Tuttle McDonald. During this time Rebecca, also co-created “La Mela”, an evening of dance performance alongside local artist Austin Hardy. “La Mela” showcased evening-length works by Rebecca Aneloski and Stephen Koester, former co-Artistic Director of Creach/Koester and Chair of the University of Utah’s Modern Dance Department. Rebecca currently teaches at Weber State University and is in a creative process working with Salt Lake City-based dance artists for an upcoming work titled “Taste”.

Rebecca Aneloski is an ABT Certified Teacher, who has successfully completed the ABT Teacher Training Intensive in Pre-Primary through Level 3 of the ABT National Training Curriculum.