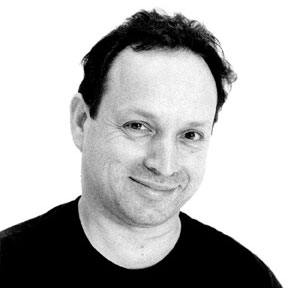 ZVI GOTHEINER was born and raised in a kibbutz in northern Israel. Zvi began his artistic career as a gifted violinist with the Young Kibbutzim Orchestra, where he attained the rank of soloist and Concertmaster at age 15. He began dancing at 17, and soon after, formed his first performance group. Zvi arrived in New York in 1978 on a dance scholarship from the America-Israel Cultural Foundation and danced with the Joyce Trisler Dance Company and Feld Ballets/NY in the US, and with Bat-Sheva Dance Company in Israel. After directing Tamar Ramle and the Jerusalem Tamar Dance Companies in Israel and the Israeli Chamber Dance Company in New York, he founded ZviDance. The Company’s performances have received critical acclaim in New York City at the Joyce Theater, Dance Theater Workshop, the Kitchen, the Angel Orensanz Foundation, the Duke on 42nd Street, Joyce Soho, the Fiorello Festival, Lincoln Center Out-of-Doors, and Central Park’s SummerStage, as well as a variety of experimental venues. Zvi is a recipient of two New York Foundation for the Arts Choreography fellowships and The National Arts Club Weiselberg Award. He has received commissions from Zurich Tanz Theater, Utah’s Repertory Dance Theater, Colloquium Contemporary Dance Exchange, the American Dance Festival, and the Joyce Theater’s Altogether Different series, Diversion The Dance Company of Wales and Groundworks in Cleveland.