I am dictating this to my wife, Lea Vivante McKayle after a Black student in UCI posed me with a question and after I found out that my work CROSSING THE RUBICON caused a negative meeting of students at UCI and not the Moslem students. Hard for me to believe that RUBICON had its first performance on the same day the first Moslem ban was announced by our government.

I am anguished, saddened and depressed by the deepening racial divide in the country but this is for another time…

The Question of why my dance company was always multiracial was never asked of me till the year 2016 and again in 2017. To answer this question, I had to go back to the arc of history of my creative career as a dancer, choreographer and the cultural environment of that beginning. In cultural history, the name descriptive for man of my race evolved from Negro, to Afro American and then to Black when people of my race said, “Black is beautiful”, and we all returned to our Afro hair. In my personal history viewing it from the birth to my career in 1948 to the present time, this history is written in my book Transcending Boundaries and yes, there were many boundaries and difficulties to overcome. I have never given up on having a multiracial company although certain institutions rejected it. The first one to reject it was CBS who after seeing me dance a solo invited a company dance for their prestigious TV program Omnibus. They wanted a group dance and when they came to the rehearsal of GAMES danced with black and white dancers, they asked for a work of only black dancers. Even in the late sixties when an invitation for my company from an institution in Oregon informed me after watching rehearsal that my work DAUGHTERS OF THE GARDEN needed to be taken out of the

program because the duet in it was danced by me, a black man with a white woman! I refused and was ready to cancel the whole concert. At the same time, the extended modern dance family embraced my work and my multiracial company.

As I look back on that period, I am aware that there were companies and dance styles that did not open their companies to Black dancers. I now realize that it was not a political stand I was taking then, it was from the depth of my soul instinctual to a person growing up in an environment of many minorities and curious about their cultures ready to know them by participating in them finding beauty and value in their everyone’s history. My realization was that – what is the same in us all is much more of value than what is different. I found the difference interesting and intriguing. I became enraged at injustice against any minority group. This was reinforced by the continuation of my choreographic life and works that followed relating to the Black experience such as GAMES, RAINBOW ‘ROUND MY SHOULDER, and DISTRICT STORYVILLE, about the birth of Jazz, BLACK NEW WORLD, a compilation of my works that was taken on a world tour, SONGS OF THE DISINHERITED and LANGSTON HUGHES SUITE. I continued choreographing new works such as HOUSE OF TEARS, which deals with the atrocities of the military regime in Argentina and MYSTERIES AND RAPTURES, a study in the deities of Hinduism for Cleveland San Jose Ballet where they also the fact listed above with the same passion power and authenticity although a majority white company. I created HEART BEATS for the José Limón Company a work that expresses all that is common to humanity, a compilation of love songs from many countries around the world in many languages. In 2015 I created UPROOTED pero REPLANTADO, a work about immigration from south of our border but in it an expression of my opinion about the richness of diversity and immigration from all countries. In 2017 I choreographed CROSSING THE RUBICON – Passing the Point of No Return, describing the current plight of refugees from crimes against humanity in Syria. Earlier in an interview for Cool Magazine, the interviewer asked, “How would you characterize your work?” I said, “My work is very much from a humanistic point of view. I’m very interested in humanity and how we relate to each other. That’s an ongoing process. I’m never without something to do because I’m always interested in how human beings are. I’ve done over a hundred works. Not all of them are recorded but those that are, you can take a peek!”

My dance companies were always multiracial because of my deep belief that injustice, prejudice, discrimination and ethnic persecution stems from fear and ignorance of the other, the alien that looks different. Ethnic injustice anywhere is injustice everywhere. A dancer White, Black, Yellow, Red, feels and dances my work with the same intensity of passion and authentic expression. I consider my works -and myself – of all colors. All that matters to me beyond the technique of the dancer is his passion, expression and his soulful approach.

RAINBOW ‘ROUND MY SHOULDER is danced in many places around the world by diverse companies proved to me early on the power of dance over people, hearts and minds. Segregating it only diminished this power.

I strongly believe that my works depicting the Black experience needs to be presented and danced. When my beloved Black dancers and dance companies express the need for it to belong to them only, I feel that they limit the power to change hearts and minds. A White dancer, Japanese or Mexican dancing it strengthens the affect regardless of ethnicity all can feel hard labor imprisonment under the gun, fatigue, rebellion, loss of a fellow man and the dreams of the mother, the sweetheart and the wife. These pains and dreams are universal to all humanity. RAINBOW is a work that possessed humanity and a genre that is both specific and universal. It is a work true to a period yet timeless – a work that never failed to move audiences everywhere in the past and in the present.

Rainbow Round My Shoulder rehearsal from RDT on Vimeo.

In 1989 I was offered a position as a professor at University of California Irvine – UCI and because education and teaching DANCE was a love of mine I decided to accept. I was hired to UCI under the rules of AFFIRMATIVE ACTION controversial then and controversial now. In the reception for me some referred to me as Target of opportunity. My first work at UCI was RINGALEVIO about the gangs in Los Angeles and in the country related to the Chicano communities. UCI at the time had very little diversity. Because of my reputation in the dance world my being a professor at UCI increased diversity and encouraged Black dancers to come to UCI. There was nothing I loved more than the time I created a course that evolved to a UCI dance company, which I called UCI ETUDE ENSEMBLE. I was compiled of multiracial dancers of course due to the student body. UCI never acknowledged it as a company although it toured with great deal of success. When teaching White, Asian, Native Americans, Mexican students works of the Black experience I also taught them the background of the dance. I also had a White male dancer and Japanese dancer perform Minstrel Man. Latino female dancers danced my renowned solo Angelitos Negros, the Blues from several works of mine, and more. I asked them to read I gave them the words to what they were dancing to, the background of the period taught them the movements and thus they danced with passion and authenticity, grace and beauty. Of course whenever I had Black dancers do the roles a different ethnicity always came forth. To this end and again looking at the arc of my life’s history and mission since the fifties, is to show the power of dance, to change hearts and minds and bring races together. In SHAKER LIFE, DISTRICT STORYVILLE, I strived to show one race feel the pain of the other or the joy of another through Dance, song and Music.

For more information and anyone interested in my achievements on behalf of Black Dance and Black dancers; how I helped young Black choreographers to start companies; to perform on Broadway; to be in musicals choreographed or directed by me, how I strived to opened doors for Black dancers on television and movies, I invite you to read my biography, Transcending Boundaries – My Life in Dance.

Donald McKayle’s “Rainbow ‘Round My Shoulder” will be featured on RDT’s opening concert of our 53rd season, SPIRIT. Get tickets here: www.rdtutah.org/shows/spirit 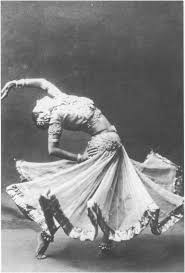 In Memory of Christine Ollerton