With choreography ranging from 1936 to today, RDT uses history to guide us into the present. Featuring choreography from Martha Graham, Ishan Rustem, Bebe Miller, and Kaley Pruitt.

Steps in the Street, subtitled Devastation – Homelessness – Exile, depicts the isolation and desolation that war leaves in its wake. The dance was a response to the menace of fascism in Europe. Earlier that year, Graham had refused an invitation to take part in the 1936 Olympic Games in Germany, stating: “I would find it impossible to dance in Germany at the present time. So many artists whom I respect and admire have been persecuted, have been deprived of the right to work for ridiculous and unsatisfactory reasons, that I should consider it impossible to identify myself, by accepting the invitation, with the regime that has made such things possible. In addition, some of my concert group would not be welcomed in Germany” (a reference to the fact that many members of her group were Jewish). Featuring guest dancers from Utah Valley University.

Choreographer Ihsan Rustem was born in London, where he trained at the Rambert School of Ballet and Contemporary Dance. Ihsan lives in Zurich, Switzerland and is the former Artistic Director of the Dance Art Studio Ballettschule Luzern. ​ From 2000-2014 Ihsan Rustem was a dancer with the Ballet Theater Munich, Introdans, State Theater Bern Ballet, Tanz Luzerner Theater and Adventures in Motion Pictures. Ishan has received numerous accolades. Nederlands Dans Theater has named Ihsan as one of their Up & Coming Choreographers for the 2018/19 season. His choreography won the 2012 Sadler’s Wells Global Dance Contest as well as the Public Prize at the 25th International Competition for Choreographers, Hannover. He received Dance Magazine's 2017 Readers' Choice Award for Best Collaboration and was the 2014 recipient of Hubbard Street Dance Chicago's International Commissioning Project. Ihsan is currently the Resident Choreographer for the NW Dance Project in Portland, Oregon.

Event is an exploration into the relationships between people, and the differences among them. Miller is an internationally renowned artist who has been called, "a tender visionary, a subtle social and political commentator.”  (The Village Voice) Bebe says: "I love to watch people. We are all movers. We all have a movement signature. This is something we do as a human society. There is something about the physical language of the human condition that interests me. Sometimes it is more abstract than others. As a choreographer, I want to communicate who we are together as humans. I am not a storyteller, but I am fascinated by “storiness.”

Kaley Pruitt was one of four finalists who each created a new work in just one, 4-hour Zoom rehearsal, with no prior contact with the dancers. During online viewing and voting February 22-27, 2021 her work Seeing Wider Still got the most viewer votes, so she was awarded a full company commission.
“

The movement was dynamic and accurately reflected Miller’s intent. Real drama was conveyed by the eight extremely strong dancers in the telling, retelling, and diverse experiences of the “event,” until the “event” became the remembered experience and no one really cared or could recall what the original “event” was.

The most fascinating elements were how Miller exploited the dancers’ natural spatial relationships in movement (particularly how they overlap as well as separate from one another) and the choreography generated plenty of surprises along the way. The dancers amplified these moments with superb eye contact and gestures. 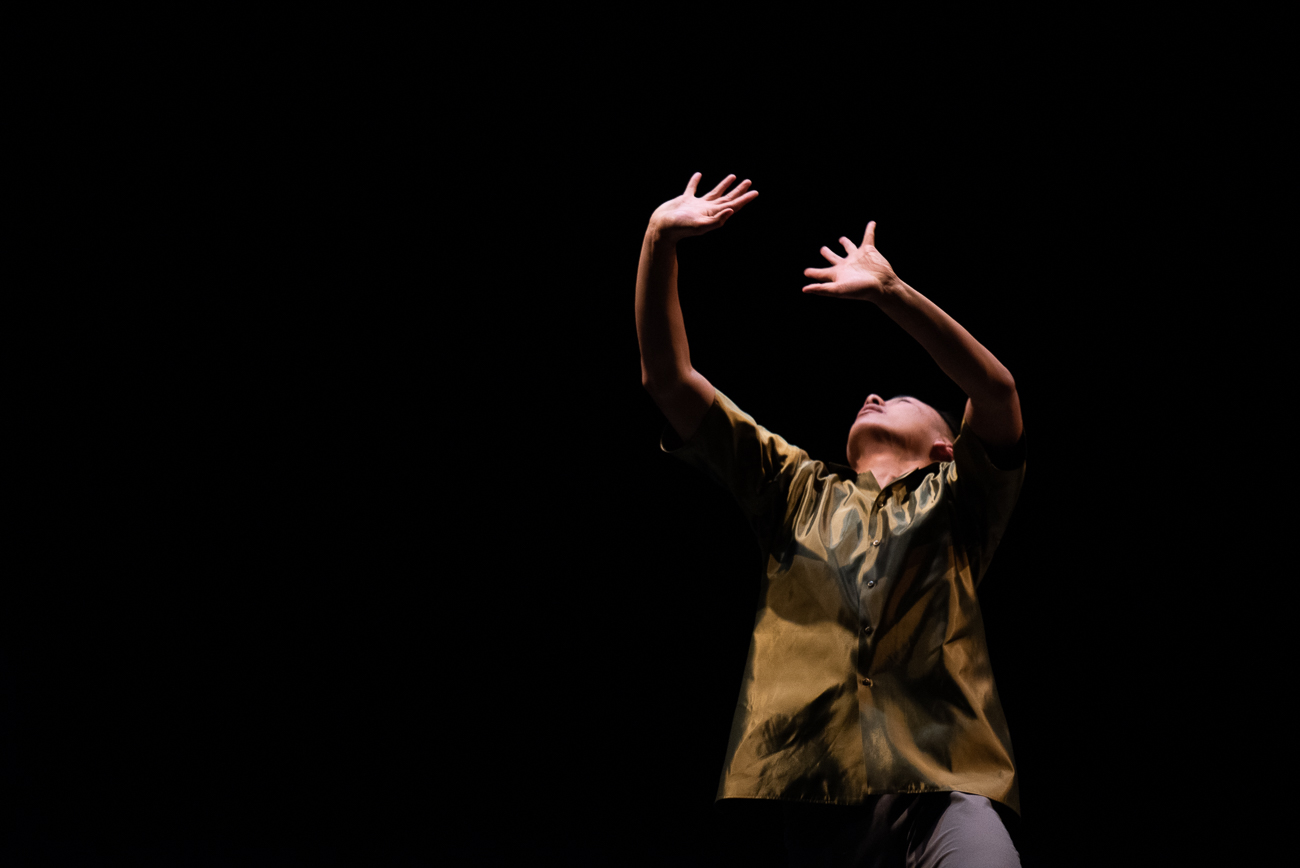 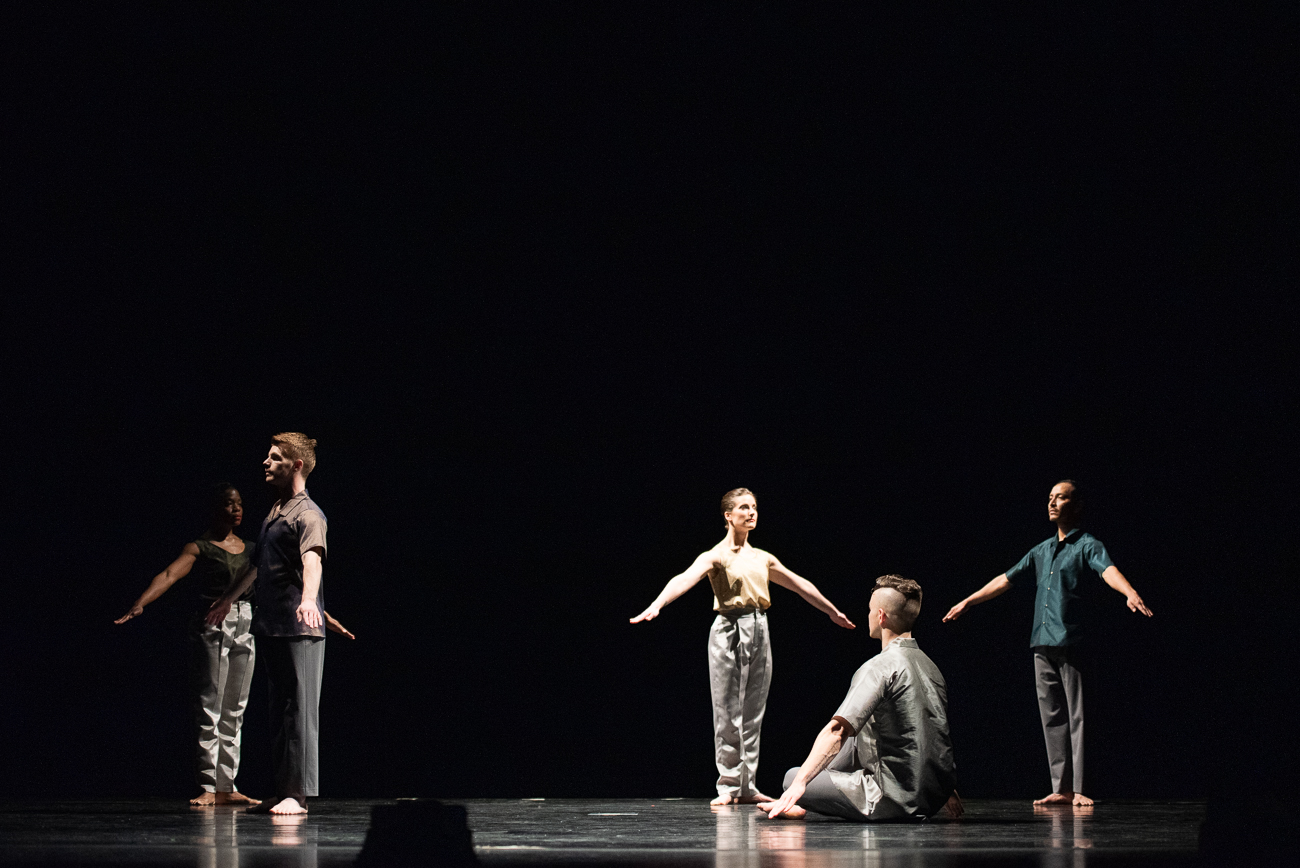 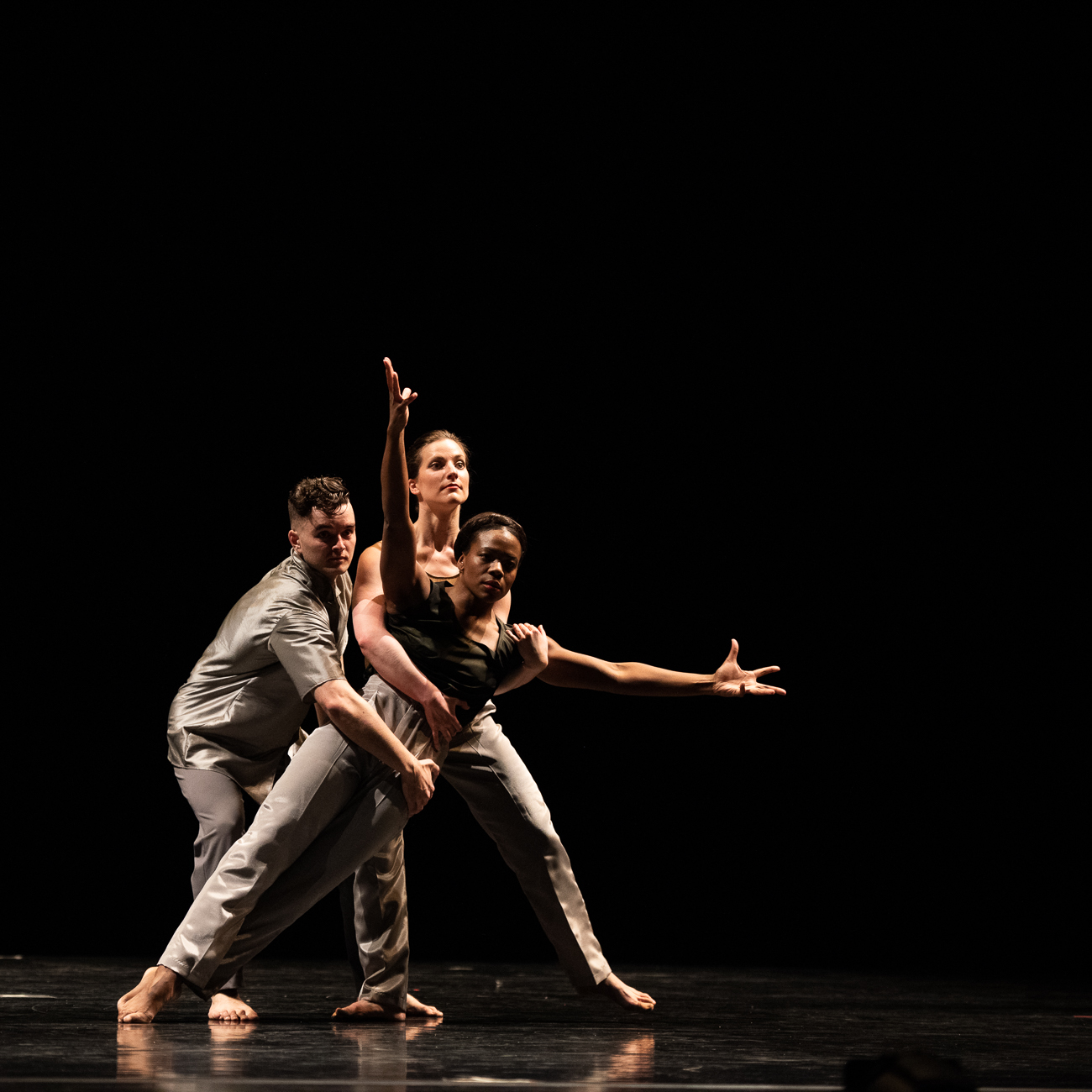 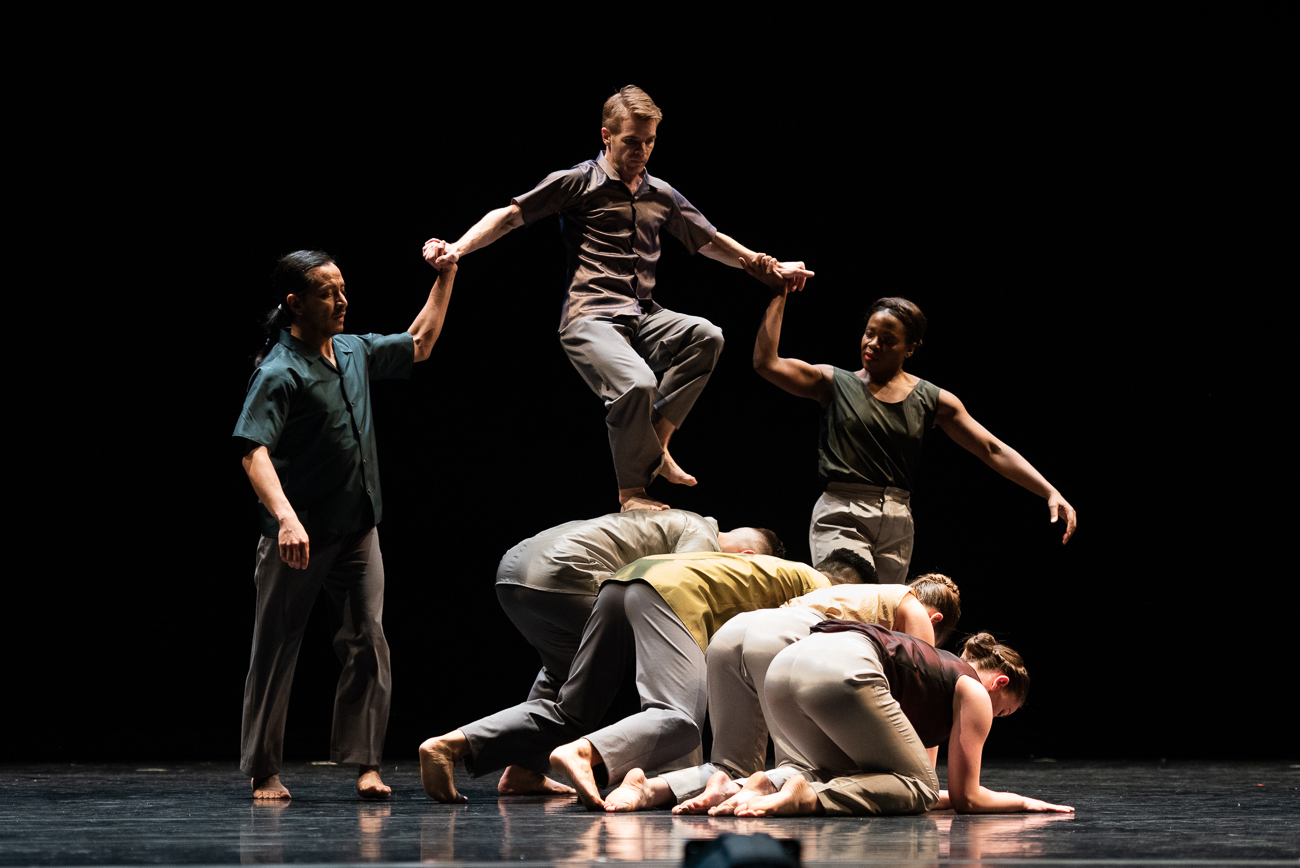